The term ‘Dry Patch’ is most commonly associated with a lack of, erm, intimate relations with a member of the opposite sex (or same, depending on your preferences) for a sustained period of time.  Most of us will have had one, maybe some of you are going through one right now.  Christmas and New Year are over, few people are going out, and that lovely tradition of Dry January means that drunken hook-ups are few and far between.

Then there are the different kind of Dry Patches: work, creativity, and – what I’m currently experiencing – dating.  My dating dry patch is the result of several factors:

So, why am I continuing to scroll through Tinder and check my online profiles?  Because, I’ll admit, it’s rather addictive.  And I’m still of the rather optimistic (misguided?) frame of mind that maybe, just maybe, someone will come along and change my mind on most, if not all, the above points.  In the process of explaining my blog combined with my online dating antics, most people will ask me if I’m looking for The One.  Short answer: no.  But, I hasten to add, dating is fun!  I love meeting new people,  I’ve tried new dating activities (climbing date anyone?), I’ve been taken to some amazing restaurants and bars in the past 6 months or so (oh Mr Hedge Fund, why did you do a Houdini?), and whilst there have certainly been some horror stories, there have been some very decent dates to dilute them.

Long story short, if someone came along tomorrow and swept me off my feet I wouldn’t say ‘hold on there buddy, can you come back in about a month?’.  But I’m actually rather enjoying my dry patch.  I’m not checking my phone every five seconds, I can go for over a week without shaving my legs, I suddenly have a lot more time for other people (including myself), and this time in a month I won’t be disappointed when I don’t get a pretty red or pink envelope and a large bunch of flowers delivered to my desk.

So, who wants to come out and get rip-roaring drunk with me on V-day…?!

Given the rather prolific online dating activity I’ve been experiencing over the last few months, you’d have thought I’d seen it all by now.  The weirdos, the freaks, the nice guys, the bad guys, the ones with a foot fetish…  I thought there was little that the internet could throw up that would surprise me.

Now is it just me, or is this just the laziest form of online dating ever?  I can only begin to imagine how that initial conversation went.

A: Mate, let’s try out this internet dating thing

B: Yeah mate, but I really can’t be arsed to write a whole profile.  That shit is loooong.

A: True mate, standard…. I know, we could just set up one page for the two of us

B: Genius idea mate!  Girls will love that shit!

I understand that life is short, and I know well enough that many people are looking for a quick fix when it comes to finding someone for some casual fun.  But stating in your profile that your best quality is threesomes??  Come on.

Yesterday I received a message from buy1-get1-free, inviting me to go for a drink with the two of them.  Strangely enough, the offer didn’t appeal.  As much as I’m up for trying slightly out-of-the-ordinary dating scenarios (running, climbing etc.), the idea of going for what would essentially some bizarre interview/threesome situation just really doesn’t do it for me.

I’d love to know if these guys actually had any success with this BOGOF approach.  And then give the girls who went for a it a severe talking to.  Fools.

In my opinion, one of the positives of this whole online dating malarkey is that you can get to know someone on your own terms, on your own time, and get all of the boring what-do-you-do-where-do-you-come-from stuff out of the way without desperately looking for the nearest exit from the bar.  I’m not averse to guys asking questions, it is after all a natural part of assessing someone’s personality and making a slightly more informed decision on whether you’d want to go on a date with that person.

However, there are different approaches when it comes to directing questions.  From my experience so far, the casual insert-the-odd-question-into-a-longer-message option seems to work best.  More inquisitive, less nosy.  Then there’s the less subtle track: ‘Wanna go for drinks then my place tonight hot stuff??’  Erm, no.  And then there’s the overload-and-hope-for-the-best tactic.

what is you’re greatest quality or trait?

if money wasnt an issue and you could visit any place , where would it be and why?

which animal do you most relate to?

if you could acquire a certain skill without the risk of failure or without putting any effort, what skilll would you acquire and why?

whats your greatest passion in life?

Yes this was all one message, and yes it was the first message I’d ever received from this guy.  Given my pedantry when it comes to grammar and punctuation, he was never on to a winner in the first place.  Also, way to go on making me even more insecure about my nose!  Maybe he’s missed out on a career as an interrogation specialist… 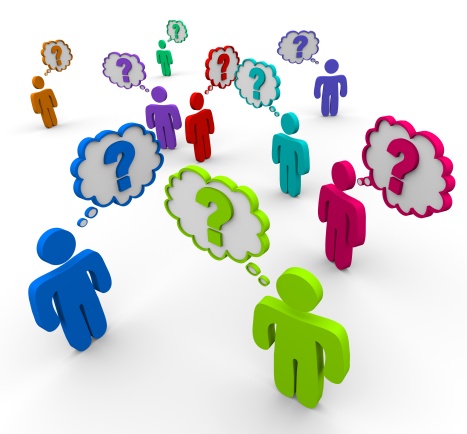 Here’s another extract from an online dating inbox of mine:

Hey, listen, I’m just going to be straight forward with you, so that I don’t waste your time. I’m A***** and I think that you are stunning.

So far so good…

Ok, clearly after a sex friend (or whatever terminology you’d like to use), plus poor use of punctuation.  Both immediately cancel this guy out but might as well read to the end of the message.

I don’t mind sex and prefer not to receive, it just doesn’t do much for me plus I see it as disrespectful towards the girl.

‘Prefer not to receive’?!  Does that mean he just wants to, erm, service but not get anything in return?  And receiving the attentions of a girl doesn’t do much for him??  Either this guy is sexually confused or is just plain odd.

No, I wouldn’t.  And guess how old this guy was.

Nineteen!!!  Well done internet, you’ve thrown up yet another weird one.  Bravo.

The more I explore the world of online dating, the less I understand men.  You would have thought that with the rate of dates I’ve experienced over the last few months I’d gain something of an insight into the male psyche.  As it would turn out, I’m more confused than ever.

Take this message, for example:

Let me guess….
I’d say you’ve dated in the last month, maybe a kiss…no sex for 3-4 months…
You don’t believe in masterbation because it shows a lack of self control?

But, I’m still a bit bamboozled by these kinds of approaches.  The whole thing just seems rather pointless.  Aren’t there any normal guys out there?

I thought I met one a while back.  After a rather unorthodox first date (see this post for Single Chicks for more details) things seemed to be going well.  The guy in question even went as far to suggest that he might want ‘something more serious’ to happen (which completely freaked me out, but that’s besides the point), and sent a couple of messages along the lines of ‘I miss you, when can we next see each other?’.  I replied in a casual manner (NOT ‘omg miss you too babes can’t wait to see you again’; hardly my style).  Have I heard anything since?  Nope.  Not a sausage.  Which begs the question: why imply that you want something more serious and then disappear?  Again, the fact that I didn’t really want anything more serious isn’t the point here.  But why say something and then carry out actions that say something completely different?

Now, I’m not some kind of psychotic bunny boiler that’s going to hassle men until I get the answers I want.  ‘Why haven’t you messaged me back?  Why did you say that but then disappear?  Tell me NOW!!’  This is where the phrase he’s just not that into you needs to be applied again and again.  One of my colleagues phrased it particularly well: if he wants to see you, he’ll get in touch.  Plus, I have my pride.

Even so, telling myself that the guys that disappear just aren’t that into me doesn’t completely satisfy my inquisitive nature.  Even a simple ‘I had fun but let’s call it a day’ text would do.  At least that puts a line under the whole thing.

Men will frequently say ‘I just don’t get women!’.  Well, chaps – right back at ya.

So here’s another little gem that I stumbled across on an online dating website (a bog-standard run-of-the-mill one FYI).  Half of me was tempted to strike up a conversation just to see what guy has to say for himself.  But then again, given his ‘dark’ side, I think that’s a can of worms best left unopened…

I totally can’t help myself and crave a sub in my life, vanilla really doesn’t do it for me, so I’m here to prey on the pretty ones 😉 I am incredibly sexual, and can be quite dark in terms of what I like. Though I’m pretty adaptable to different tastes.

I’m very open and honest, I really don’t ever lie. Hasn’t gotten me all that far yet but I still believe it’s the best policy.

I’m Dominant and love to be very strict, and need a girl that understands what is expected. I also have a silly and playful side to me when you get to know me.

I’m open as to what I’m looking for in terms of a relationship, play partner, sub, more etc. All depends on the girl, and her actions!

Seriously, you can’t write all that and not expect some 50 Shades comments.  I can’t help but feel this guy would do better on a slightly more specialist website.  The more I investigate this online dating thing, the more I realise what a vast range of weirdos live in and around London.  Give me strength…