Isn’t it funny how much public perceptions can change?  What’s hot and what’s not, religion, music, even the popularity of our own lovely Queen… how we view a huge range of objects and trends is cyclical by its very nature.  And one trend that has changed the most is… tanning.

Yes, tanning.  Not by any stretch of the imagination is it a profound topic of conversation, but I think it’s one that illustrates the vast changes our society has gone through in the last 100 years or so.  It used to be that a pale and creamy complexion was a mark of the upper classes.  It showed that both ladies and gents had a life of luxury, lived either indoors or under the protection of a parasol, and did not have to face the sun and outdoor labour.  Darker skin was the stamp of the worker, the poor man, the gypsy.  People went to great lengths to make themselves paler, with lead-based paint and intense scrubbing of the skin being just two of the methods used.

Interesting, then, how even these two actions can easily be reflected in our modern-day obsession with being tanned.  Intense skin scrubbing still goes on, except it is now an essential part of the self-tanning process, while lead-based paint has been replaced by dark sticky goo/mousse/spray that smells like biscuits.  Our Victorian ancestors would need a month’s supply of smelling salts to get over the shock of young ladies (and men) actually paying to look like swarthy pirates.  And never mind the indecent flash of an ankle, the whole point of dipping oneself in what looks like furniture varnish is so that we can reveal acres of brown and gleaming skin. 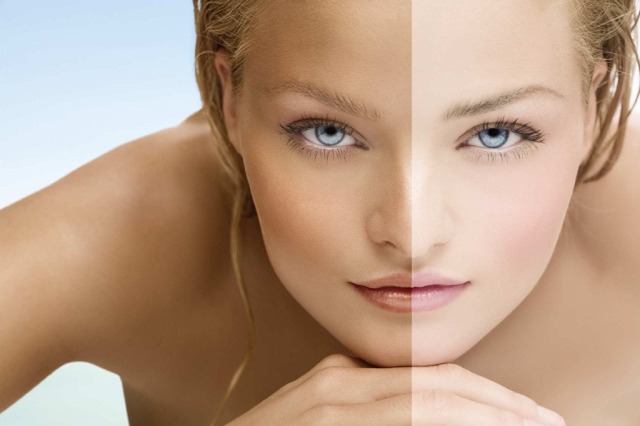 I’ll quite openly admit that I have employed the services of both fake tan and a sun bed.  When the sun deigns to cast its rays over this grey country, I’ll be one of the first people out there daring the UV to do its worst and take away my winter pallor.  Let’s face it, most people look better with a tan.  It makes us appear healthier, in many cases slimmer, and looking good on the outside does wonders for improving inner confidence.  However, there are limits.  You only need to pick up a magazine to become an expert on the ageing properties of UV, and I can safely say that my days of using baby oil as ‘sun protection’ are over.  Everyone has a friend who spends an hour in the sun and ends up looking like Sebastian from The Little Mermaid, and claims that ‘this is the only way I tan’.  Please, for the love of a less-wrinkled life, stop!  And then there those strange orange creatures that materialise in most night clubs, who are nearly always in danger of ruining that nice new white River Island halter top by sweating what appears to be weak coffee.

So, back to the Victorians.  Then, pale and interesting meant wealth; now, it means a dull life spent in front of Coronation Street eating Lidl custard creams.  Being tanned implies a glamorous life of foreign travel and having enough money to loll on a sun lounger for days on end.  Being tanned also often equates (in our minds) to having a body worth having on display.  We pity those who, come September, look exactly the same as they did at the beginning of the summer.  Every summer, a subtle competition begins between friends to see who can baste themselves the quickest.  On reflection, maybe we’re not all that different from those fusty people in high collars and corsets.  The colour reference chart has changed, but we still make a quick judgement based on the absence or presence of a tan.  Does that make us… tannist?

Granted, in recent years there’s been a backlash against tanning in favour of leaving our English complexions as they are.  Poster girls for paleness such as Florence Welch, Sophie Ellis Bextor and Eva Green have shown us that it is not compulsory to attack oneself with stuff that looks like Marmite in order to look good.  Every season comes up with new makeup trends urging us to go with the ‘natural’ look.  I personally think that someone with a pale complexion looks rather more sophisticated and intriguing when put next to a girl painted with St Tropez.  Maybe it’s because I’m somewhere between the two: olive-skinned, but with a face that leans towards the pastier end of the scale.  But I digress.  My point is, I don’t think we should be afraid of making like the Victorians and embracing our natural skin colour.  The makeup and fashion industries have more than enough colour combinations between them to make everyone look good, regardless of whether you’ve just come back from the Seychelles or Skegness.  The current jubilee fever has urged us to be proud of being British.  Why not let this extend to our skin?